Heading south into Arthur’s Pass National Park, we stop at “Death Corner” to view some Kea.  They’re a native bird that is a kind of Parrot.  Quite intelligent and heaps of trouble!  They’re widely known to attack cars.  They like to eat the glue used to attach rubber trim.

Watch them in action here: 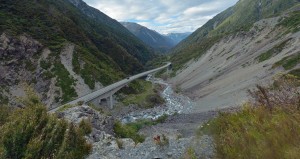 We spend a night in Arthur’s Pass, a tiny village way up in the hills.  The cottages at the YHA “Mountain House” are sooo nice!  We immediately felt comfortable we decide the spend another night there.  At $73/night it’s a great deal!  Three bedrooms share a living room, kitchen and bathroom.  The fireplace warms up the living room, but is too small for the cottage.  Electric heaters were provided (and used!)  Our only room-mate is a nice girl from England travelling solo.  She retires for the night quite early and we don’t see her again.  A bottle of wine by the fire winds up a long day of driving quite nicely!

The next morning we decide to do a “short” hike up Scott’s Track.  This is the “easier” of the two trails up to Avalanche Peak.  (If this was the easy route, no doubt the other track would have killed us.  Our room-mate says she’s moving on and we say goodbye over a lazy breakfast. 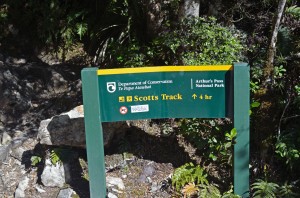 We set off with a target in mind of about a 2 hour hike up, then about an hour back down.  Bringing with us the recommended .5L of water per hour, but no extra as we normally would.  And very little food on this day.  Just a couple of granola bars and some chocolates.  It’s 10 am.  I’m already planning what I’m gonna have for lunch when we get back down.

It didn’t go that way.  About an hour into the hike we found a beautiful forest, but we still couldn’t really see a decent view. 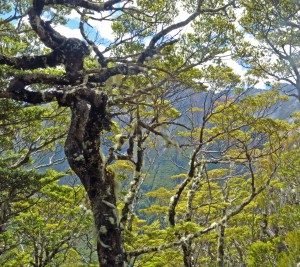 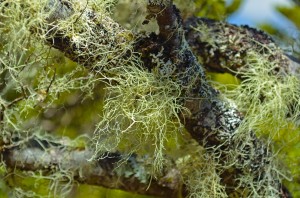 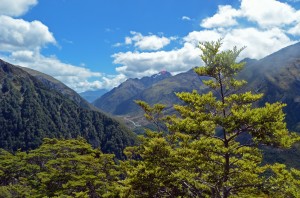 Another hour and it’s really getting rocky.  More like rock climbing than hiking.  Some places we can tell we’re going to have to crawl down.  Still, not much of a view.  We stop for a quick bite and press on.  About 1/2 our water is gone and we’ve been holding back.  Not drinking as much as we should, but we don’t want to run out just yet. 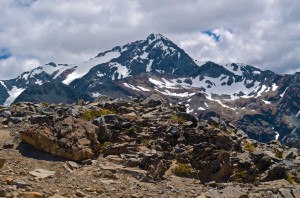 Climbing higher, we could out of the tree line and are presented with a beautiful green grass plateau.  We stop and rest, while enjoying the view.

Across the valley from our start point is a 130m tall waterfall.  HUGE.  That’s now a small speck as we’ve climbed about 500m vertical.  Passing us on his way down, a hiker asks us to give a message to his friends.  They’ve continued on, but he’s not feeling well and has turned around.  He doesn’t want them to worry.  We agree to pass the message.

A huge dragonfly stops to pose for the camera.  He doesn’t seem to mind me spending time getting a nice closeup.  The wings are an absolutely amazing work of art! 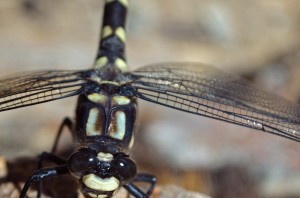 Another hour up we finally decide to turn around.  It’s still another hour or more to the top of Avalanche peak.  We’re very tired and our legs already hurt.  That’s not good considering how far down it is AND how difficult the hiking will be.  I still have a about 250ml of water, but my wife’s run out already.  I briefly consider refilling my bottles with water from the glacier stream.  I’ve been using a “Bobble” with a built-in filter.  I’m sure that would help a bit, but I don’t think it’s good enough.  I decide NOT to do it.

We pass a group going up and relay the message from our new friend.  They’ve seen him too.  He’s the most famous guy on the mountain today.  Good, that means he’s still OK.

45 minutes later we see the guy again.  He’s found water and a shady spot to rest in while waiting for his friends.  We wish him well and continue on down the mountain.

The difficult sections on the way up are even harder now.  Several times we have to turn around to climb down with our faces against the rocks.  We call out handhold and footholds for the other person.  It’s a lot tougher when you’re already tired.  But there’s no choice.  Exhausted, we reach the bottom. 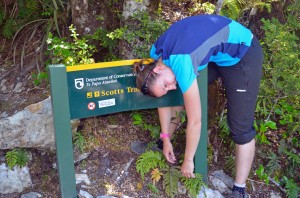 Dead Tired, but we made it!

On a normal hike, the way down is easily 1/2 the time as the climb up.  This hike however, is another story.  It’s faster, but not by much. We end up doing about 3 1/2 hrs up and 2 1/2 hours down.  It’s nearly dinner time and we haven’t had lunch yet.  We’re tired, hungry and very dehydrated.  The answer:  ICE CREAM!  Cools you down, provides lots of water and sugar.  It’s not a meal, but it sure makes you feel better!

The only store in Arthur’s pass is also a ice cream parlour/fuel stop/souvenir store/restaurant all rolled into one.  Somehow, it works.  The girl in the line for ice cream in front of me gets a mountain of ice cream on what I *assume* is a double scoop cone.  I order the same.  I was wrong, hers was only a single.  When the nice lady makes it, it’s TWO mountains of ice cream somehow holding together on the cone.  OMG!!  Easy solution:  Buy another (empty) cone and share with a friend.  In minutes we’re cooled off, partially rehydrated and feeling much better!

Here’s a gallery of all the pictures above and a few more: 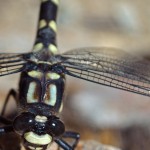 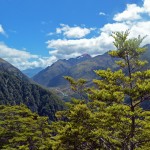 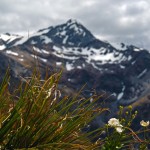 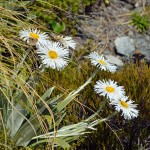 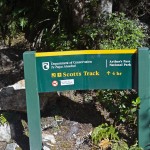 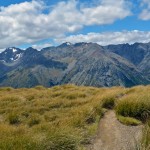 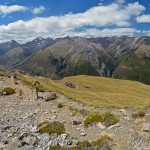 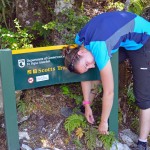 Dead Tired, but we made it! 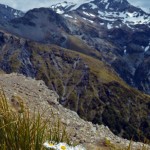 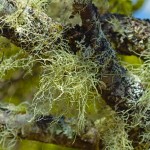 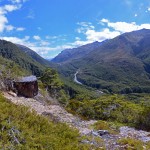 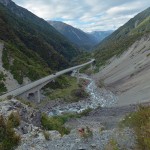 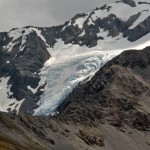 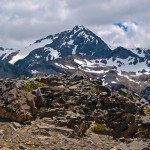 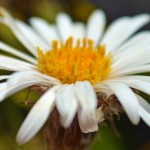 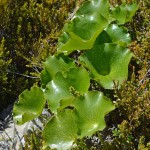 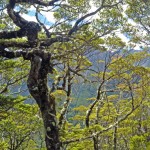