We’re now staying in a town of just a few thousand people, called”San Giovanni Valdarno”.  It’s just a 30 minutes train ride from Firenze (Florence).  It’s almost like moving back in time.  Most people still travel by bicycles and shop at the market every morning for fresh food.

The town’s main square is quite large and crossing through it seems to be one of the town’s few social activities.  It’s nice to see people waving and smiling to each other.  Everybody seems to have plenty of time to stop and talk.  They catch up on their gossip, perhaps take a few steps to the nearest cafe and share an espresso with their friends and then carry on.  Nobody seems rushed or ‘running late’ for work.  It’s life at a snail’s pace.  BUT…most of the people seem happy.  AMAZING!

It rained most of the morning here.  I nearly got soaked running back to the hotel.  I did manage to stop at the “Basilica Di Maria Ss Delle Grazie”.  Hidden away in the upper level of what I had assumed to be their city hall.  I’m pretty sure that the maintenance crew accidentally left the doors open.  Nobody was in there but me!  I took my time and got a pic: 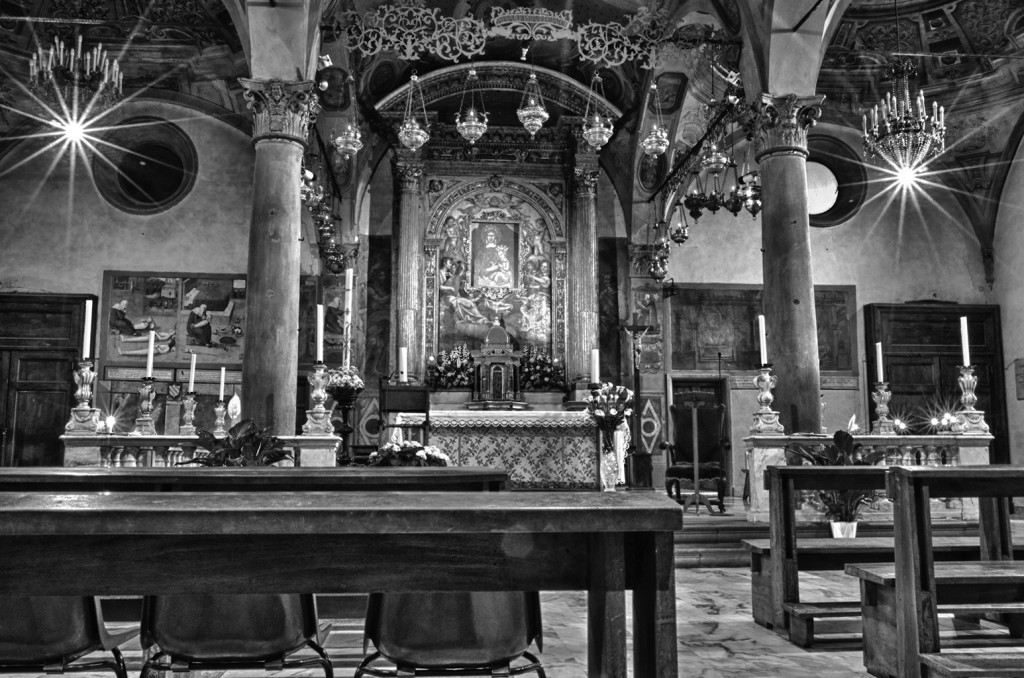 The ‘star’ effect on the on lamps *looks* totally fake and artificial.  It’s not!  The light level in the church was extremely low and I had to do exposures of about 15 seconds per frame to get the necessary light level.  I’m also putting a full colour version in the gallery.  Some great colours there.

Spent the better part of a day walking around the town and trying to find a decent coffee place.  I tried several, but didn’t find anything memorable.

Tomorrow we’re off to Florence (Firenzi in Italian).  It’s going to be hard to get used to the rush rush rush of the big city again. 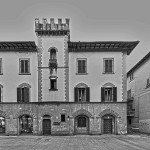 Shop on the side of the square 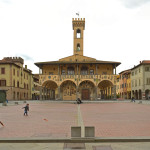 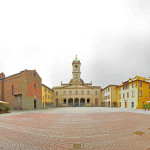 180 degree Panorama of the main square 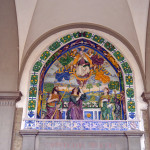 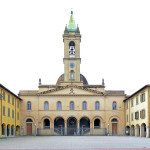 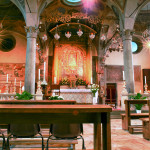